For the second year, I organised a small groupsbuild for the Dutch IPMS. We build during the Dakar-race a Dakar model. There has been plenty of kits of Dakar vehicles and one can build something nice within 2 weeks, if necessary.

Last year, I did Tamiya’s Pajero and I was going for the Peugeot 405 for this year. Unfortunately it is very busy at work and when I get home from work, I barely have 2 hours left, before I have to go to bed again.
So, not much time to build. But I still wanted to build something interesting and I probably ended up in something that cost more time than the 405.

It is going to be a Renault 5 or LeCar, who knew they did the Dakar… They were very good in rally-racing, so it makes sense, somewhere…..

My problem is that I could find only 2 pictures of the car: 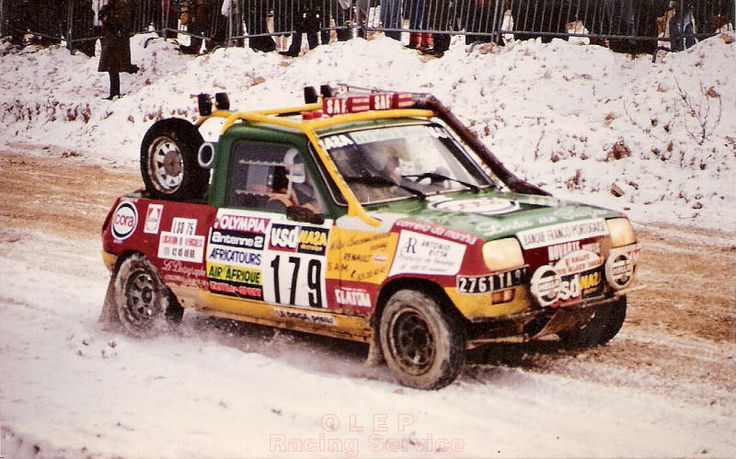 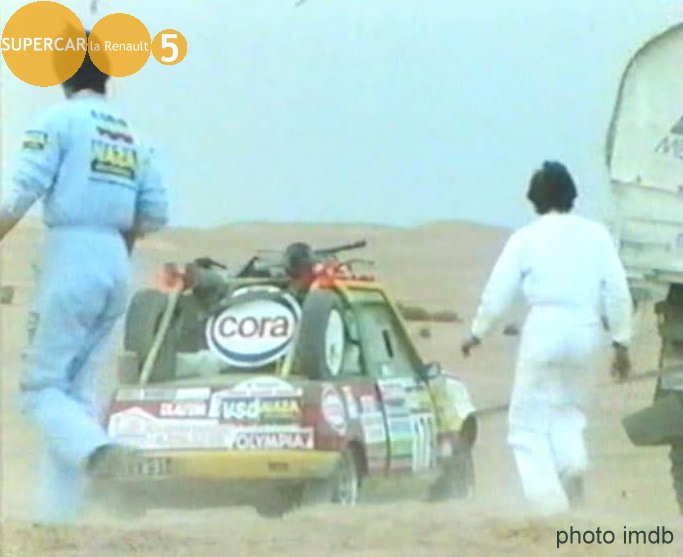 Onto the build, I am using the Italeri rally version, it might have some usefull parts to with it.

First, I glued the rear hatch to the body, for alignment and strength

I marked the cutline

And glued the enginebay to the body, Italeri wants you to glue it to the chassis.

I cut all the parts from the sprue

And made a pick-up

Put some Sytrene on top,

Cut a bit too shape and filled it with putty,

I made a new B-pillar

And then I hit my first major obstacle; wheels and tyres. The rally car comes with slicks and since the 5 has such small wheels, I don’t really have a good match in my spareboxes.

In the end, I was able to make this set. Problem is that they don’t really fit and I only have one set, I need 6.

I cut the holes open, since it looked like crap.

And after a lot of sanding, they finally fit together.

Because I only had one set and need 6, I made a mold to cast some more.

Meanwhile, I started with the external rollcage, I tried it with tape, but that didn’t work out. So I cut holes in the body and got something to work with.

You can see the holes in this picture, the rollcage is a bit under tension, so it works great for me.

The mold is ready and I started casting.

The weird flap for the fuel hose is attached now too

The Dakar 5 has a snorkle and so this car needs to get one too. I started with drilling a hole through the fender and put a piece of rod through it, I went through the scrapbox and found some parts from a Corvette, drilled a hole in that, aligned the box, shaped it to the fender and taped it firmly

I got another piece of rod, bended it and went up

I attached the rod to some sort of oiltank and drilled a little hole in the tank and body, and put a piece of metalwire through it, it will help with final assembly. The oiltank needs to be modified, so it will be more of a airfilter than a oiltank.

And the first resin wheel

It appeared the Dakar 5 had different wheel arches, probably for easier changing of wheels in case of a flat, so I got the power tool and enlarged the arches.

I did the same thing on the front, and narrowed the body. It appears to be a stock 5, rather than a Alpine or Alpine Turbo.

It includes in making the front bumper smaller.

The hood stood taller than the body, so it had to be addressed as well.

A mock-up with most bodyparts

And time too pain, first a coat of primer.

Than the basecoat, yellow

And the supplemental color is red.

Makes it look like an Mexican rally team, hmmm

Time for progress, I started to paint all the smaller parts

Putting it together and start to testfit, since I glued the engine compartment to the body, rather than the chassis, as Italeri wanted me to do.

I put the seats back as much as I could

And painted the casted wheels, albeit a bit rough, it will work.

I used the molotow pens for the chrome

The interior is starting to get together,

I added a few detail pieces, not as much as I wanted to do so, but have to look at the time left over.

Rather than glueing the windows, I started recently with using double sided tape, very strong and does not mess with the windows.

I call the interior to be done

I am getting there, I have today left to finish it. I worked on the decals yesterday, so I am going to use today for some weathering.

This site uses Akismet to reduce spam. Learn how your comment data is processed.